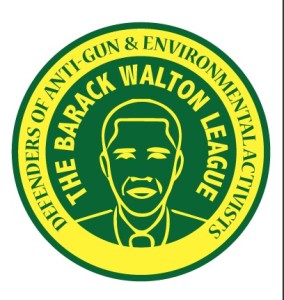 The Izaak Walton League claims to respect and defend your rights to hunt and fish and sport shoot. But behind the scenes, it’s selling out hunters and anglers to radical leftists in the environmental, “population control,” and gun-grabber movements.

Do local chapters of the Izaak Walton League know that the national office has taken millions from an aggressively anti-gun group that Barack Obama was a director of for 8 years? Do you know that IWLA has taken money from a key ally of Michael Bloomberg, who is personally bankrolling a multi-million dollar anti-gun campaign?

The IWLA’s national office has taken $3.2 million from the Chicago-based, anti-gun Joyce Foundation — Barack Obama served on the board from 1994-2002 — to conduct a variety of campaigns, such as attacking coal power plants in the Midwest, promoting alternative “clean” energy, and pushing for a trading system of renewable energy credits.

The Joyce Foundation is a group that hopes to ban AR-15s and other common firearms. It has given money to Michael Bloomberg’s efforts, funded a group called “Handgun Free America,” and gave nearly $100,000 to support a symposium on the idea that the Second Amendment does not provide an individual right to keep and bear arms. The Foundation has given over $2.5 million to support Bloomberg’s anti-gun groups since 2008.

Why has the IWLA national office been cozy with Joyce?

Since the late 90s, IWLA has received over $13 million in foundation funding, from radical liberal groups based in San Francisco and other areas.  Why is IWLA’s national office quietly allowing fringe anti-gun and environmental interests to get their foot in the door? By extension, is IWLA selling its name—and its membership—to legitimize anti-gun and environmental activists by letting them say that “sportsmen” support their pet causes?

If you’re involved with a local IWLA chapter, you can disaffiliate from the national office. Or you can simply drop your membership and find a more representative group to join.